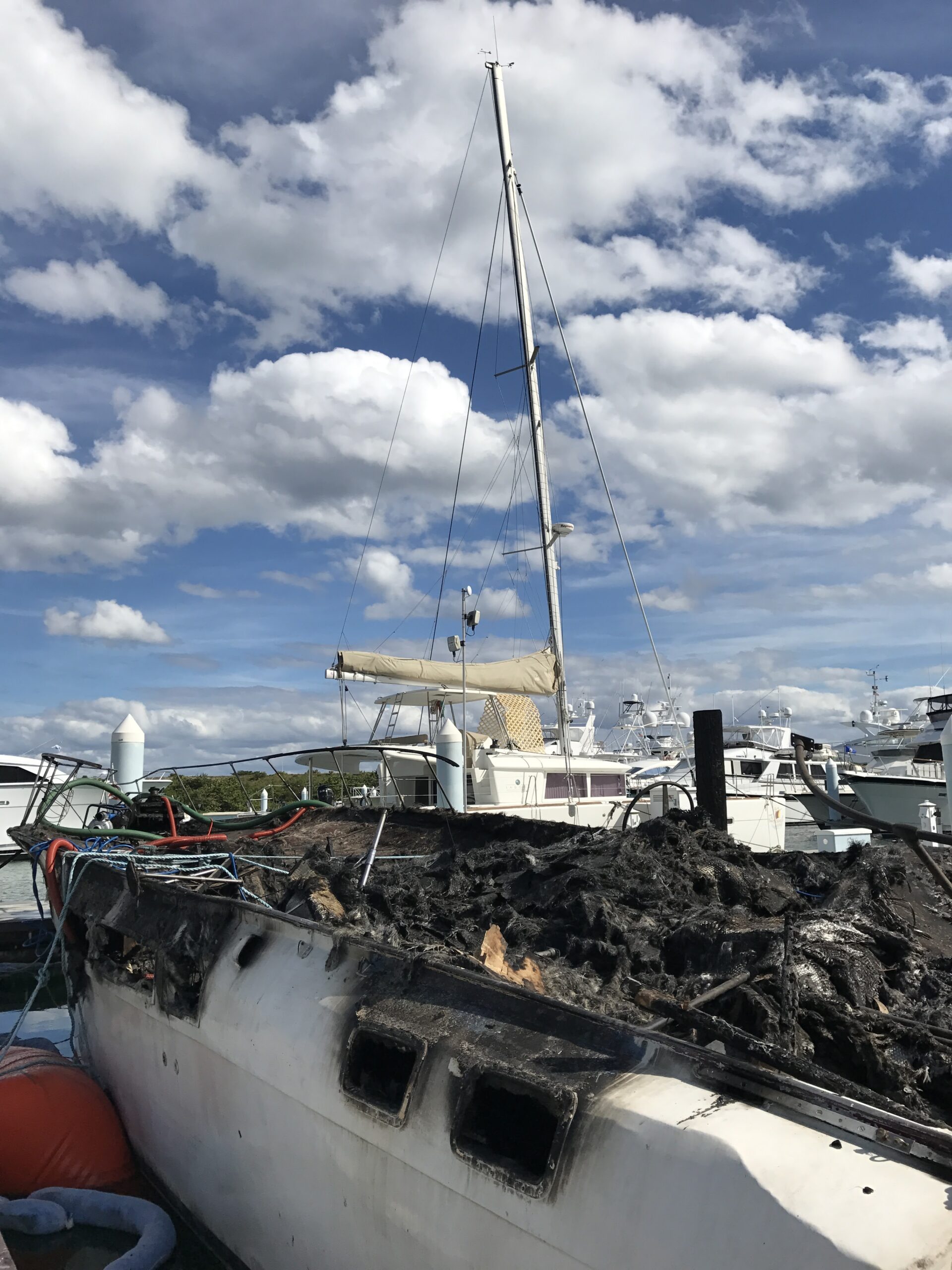 Talk about too close for comfort!

Just weeks after our floating home, s/v Dawn Treader survived Hurricane Matthew, we got a call about a fire at our marina. The boat beside ours burned to the waterline! In this episode I take you along for the fire’s aftermath as the kids and I and assess the damage to our own boat.

At times like these it is hard not to think about how quickly things can go terribly wrong. In this episode, I reflect on some of our family’s ups and downs and contemplate questions like: How can a traveling family create a sense of stability when the world is turned upside down? And, when disaster strikes next door again and again, is it a streak of bad luck or exceptionally good luck for my family? Perhaps a bit of both?

If you are so inclined, please give this week’s episode about our neighbor’s boat fire a listen. Also, join us for a visit to the marina on Facebook Live  (& more on Patreon).

If you enjoyed this podcast and want to learn more, here’s how to: