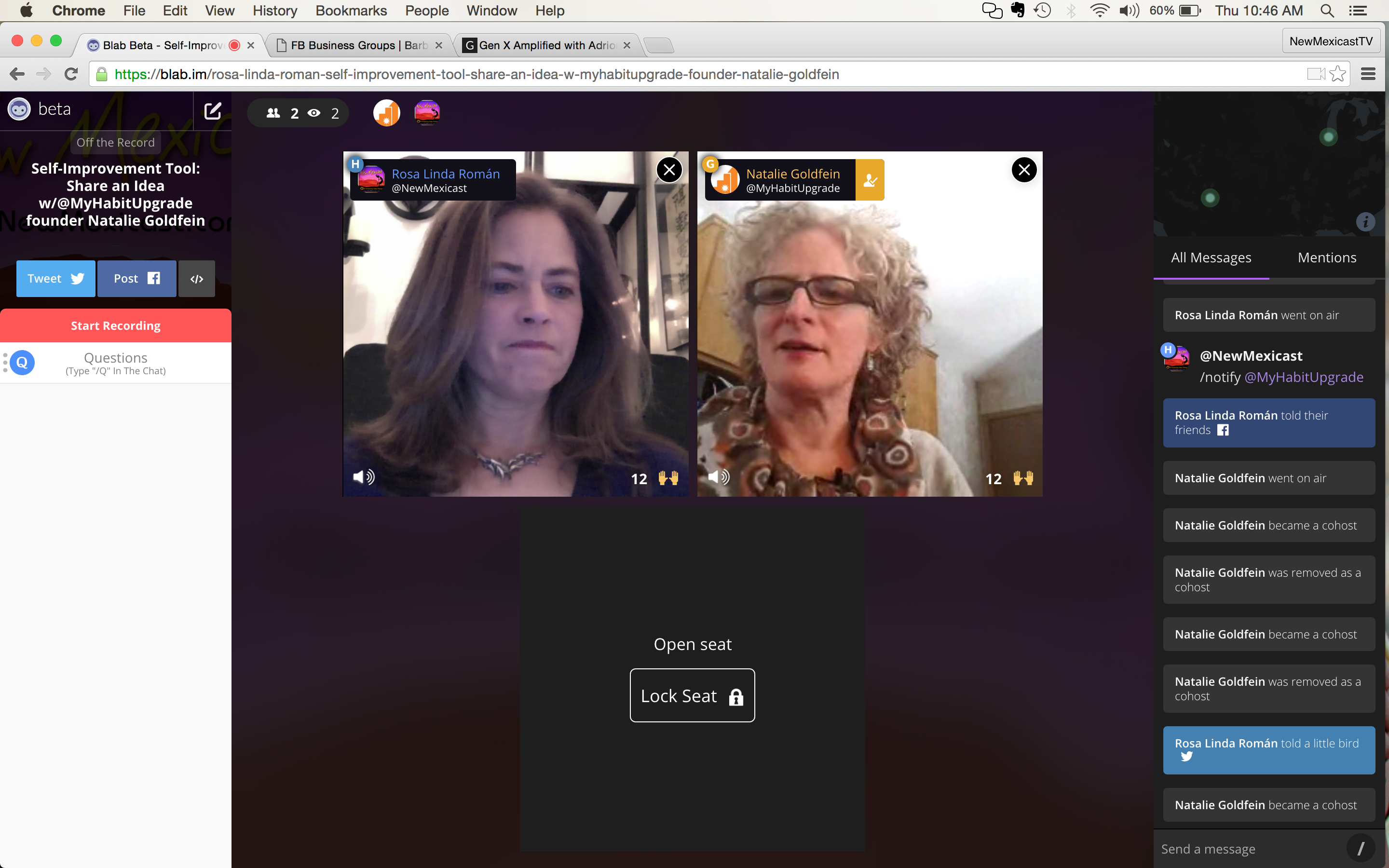 A big part of my personal journey, which I have shared sometimes here on this podcast, is my career. I went from a reporter and anchor in the mainstream media to a full-time mom back in 2005 when my first daughter was born. That baby girl just turned 16!

Although I left that broadcasting career to focus on my family, I have never stopped experimenting with, dabbling in and learning about new ways to keep my career alive. That is how New Mexicast was born in 2007.

Back in 2016, live streaming was very new and I had tested out several platforms, like Periscope and Blab. Blab was by far my favorite. Sadly, it quickly went the way of the dinosaurs. I share my thoughts on Blab’s demise in this week’s episode.

Thanks for checking out my podcast. Have a great week and be well everyone!