NMC057 KonMari on a Boat 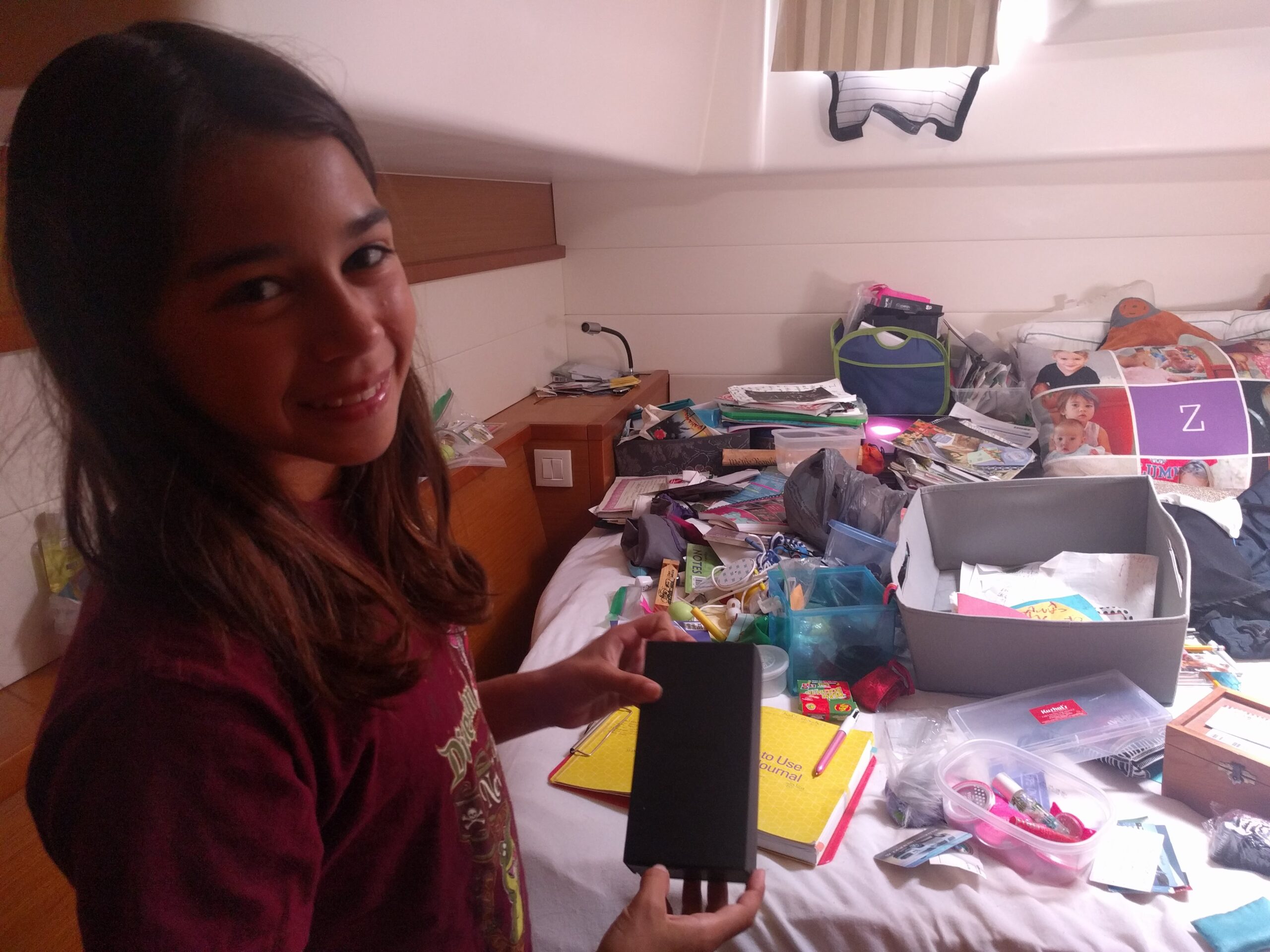 Episode #57: KonMari on a Boat

Subject: Losing sight of clutter: working out the KonMari process on the s/v Dawn Treader.

“In order to discover new oceans, you must first have the courage to lose sight of the shore.” This quote become Rosa Linda Román’s mantra and a day-to-day application in every undertaking in her life. Including, how she handles clutter in the s/v Dawn Treader.

As she narrates in this episode, having watched her mom, relatives, and even herself struggle with clutter as an adult, it has become one of her pet peeves.  But gratefully, learning about Marie Kondo’s KonMari process (the process of organizing and decluttering things) has become one of the biggest blessings in her life. And as you follow through this episode of New Mexi-Castaways, you will get to have an experience of how the KonMari process works. And also, why it’s essential to let go of stuff that we hold on to dearly thinking that it’s meaningful. We hope that you not only learn a lot in this episode but also, get to enjoy it.